The story I am about to share over the next few days, is something that up until recently, I didn’t want to share at all. I have briefly mentioned here and there that I have struggled with anxiety but in my road towards healing I have learned the importance of vulnerability and sharing with others.

Since opening up about my own struggle with anxiety to people to my real life friends and community, I have learned that I’m not alone. Anxiety and other emotional health issues are prevalent.

Anxiety and Christian women, especially, is all too common. Several of us have been struggling together, except we might not have known it because we have struggled alone.

My goal in sharing my own struggle is two-part because I have felt God pressing me to share my story and because I know that more than likely a large percentage of those you reading this post are either dealing with anxiety yourself, or you have a loved one who is experiencing it.

It’s scary being vulnerable but my journey as a Christian woman who struggles with anxiety is a huge part of my testimony. It has shaped me into the person I am now, my battles with anxiety have tested me and strengthened my faith along the way.

In sharing my story (and to keep it short), I have decided to break it up into several parts. Today I’m sharing a bit of the background of where I was. In the next few days, I’ll share where my journey has brought me today and the tools I’m actively using to help me fight my anxious thoughts. 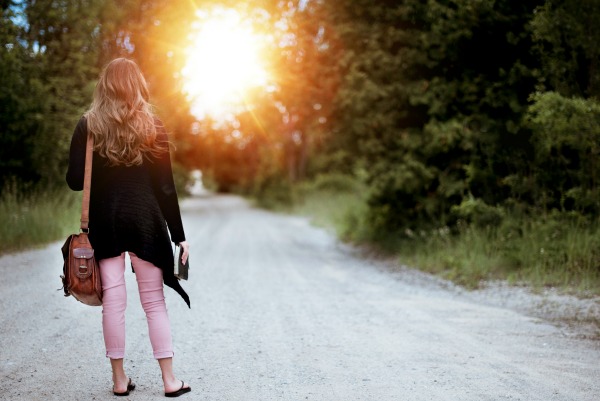 I remember the very first time I had a memorable anxiety attack. I was a junior in college and I was just about to give a presentation in class (something I had done several times before) when an overwhelming fear overcame me.

Nausea, shaking, and panic took over me. I had to excuse myself from the class for a few minutes while I calmed myself down in the bathroom. I was able to regain control, return, and finish my presentation. I apologized to the professor and gave the excuse that I thought I must be coming down with something.

I walked out of class humiliated and ashamed, yet also confused about what had just happened.

I told no one about it.

I hid it in secret. And it continued to happen again and again.

As a child, I was what you might call nervous. I would work myself up about situations like going to the doctor or dentist, the first day of school, spending the night at a friend’s house, or any situation where I didn’t feel safe.

I would make myself sick thinking about situations and scenarios that hadn’t happened. Anything that pushed me outside of my comfort zone would send me into an anxious thought cycle.

There were other triggers to, mostly caused by irrational fears. I would see images from movies or on TV that I couldn’t escape.

Chilling stories on the news about death, devastation, or abductions became paralyzing for me.

Storylines, or even disturbing movies, became ingrained in my mind (this is one reason why I am very diligent about what my children watch on TV and my stance on very limited sleepovers). There are still images from scary movies that I watched when I was younger that still feel very real to me today.

As a child, I didn’t know how to process or even verbalize, my anxiety. I thought everyone felt the way I did all the time.

Then in high school for some strange reason, my anxiety seemed to disappear (although I now know that I just became really good at stuffing it down). I became active in dance, choir, and theater performing in front of crowds. It didn’t make me nervous and I enjoyed it.

I was apart of a community, a group of friends. In fact, most of my high school memories are of my time in my theater group. I developed so many lessons and became confident being in front of crowds.

My senior year of high school was when my life forever changed. My older brother was killed in a car accident.

I had become so good at stuffing down my emotions, I carried on. I took on a role of the “strong rock” for my mom hiding from the grief that was manifesting deep inside.

Away at college, I threw myself into friendships and my classes. I was doing pretty well too… until the morning of that junior year college presentation.

It’s as if years of suppressed nervous energy finally came to the surface and overtook me.

I remember walking back to my college dorm after that anxiety attack trying to figure out what just happened. Hoping it was just a one-time event, I fought to push it away and not think or talk about it.

But it kept happening again and again.

Nervous before tests, presentations, traveling home, being in cars with others, spending the weekends at friend’s homes, mission trips I took through my college… anything, where I was outside of my comfort zone, became a scary place for me.

And I continued to hide in shame.

I am a Christian woman who believes that God’s Word is alive and active. I believe that Jesus came and died so I could live an abundant life. I believe that there are promises and truths found all throughout Scripture.

Yet, I struggled for so long alone. I would come to passages like Phillippians 4:6-7 that read:

do not be anxious about anything, but in everything by prayer and supplication with thanksgiving let your requests be made known to God.  And the peace of God, which surpasses all understanding, will guard your hearts and your minds in Christ Jesus.

I struggled, questioning where was my peace?

I felt so alone and ashamed. So I stuffed it down, doing my best to hide behind smiles, yet on the inside, I was an anxious mess.

Graduating from college and beginning my career as a teacher was a time of anxiety and uncertainty. But instead of giving myself time to think, I jumped straight into graduate school which opened the door for my first teaching job.

This is also the time I began dating my husband and we got engaged, all within a year’s time-frame.

All of this stuffing and hiding my anxiety was doing things to my health and wellness that I couldn’t see at the time. Now looking back from a place of healing, I can clearly see how my health began to take a nose dive but when you are in it trying to go about living life hiding something you are ashamed of, it feels normal.

All of that changed in the fall of 2009 when anxiety finally rose to the surface. I couldn’t hide it from my husband anymore. I began to have full-blown panic attacks.

If you have ever had a panic attack, you know how scary it is.

You can’t breathe. You feel a heavy weight on you. You are shaking, afraid (yet not really share what you are afraid of), and nauseous.

A trigger set me off yet at the time I was trying to connect the dots of where the trigger came from and why it had such an impact on me.

Over the course of several weeks that fall, I lost a lot of weight because I was too nervous to eat. I was barely sleeping, and I felt scared all the time.

I remember one Sunday afternoon, my husband was praying over me because I was shaking, afraid, and crying but I didn’t know why. My husband, who is a problem solver, was trying to do everything he could think of to “fix” my problem.

But when you don’t know what the problem is, how can you fix it?

So I continued to hide my anxiety, not telling anyone else about it.

By some miracle that can only be described as God’s providence, when I became pregnant with my first child, an unexplained peace filled me. It was an easy pregnancy, delivery, and for the most part, an easy newborn phase.

My anxiety and panic attacks vanished. I couldn’t even be described as a typical nervous first-time mother. I wasn’t thinking about worse case scenarios. I was peaceful, as a result, I became complacent.

Instead of living with a spirit of thanksgiving and giving thanks to the Lord for freeing me from my anxiety, I went on as if nothing was ever wrong.

I continued to stuff down my anxiety, hiding my story, and living with the knowledge that maybe I wasn’t as strong as a Christian as I thought.

Little did I know that my anxiety hadn’t actually vanished instead it was rising to the surface just waiting to overflow yet again. 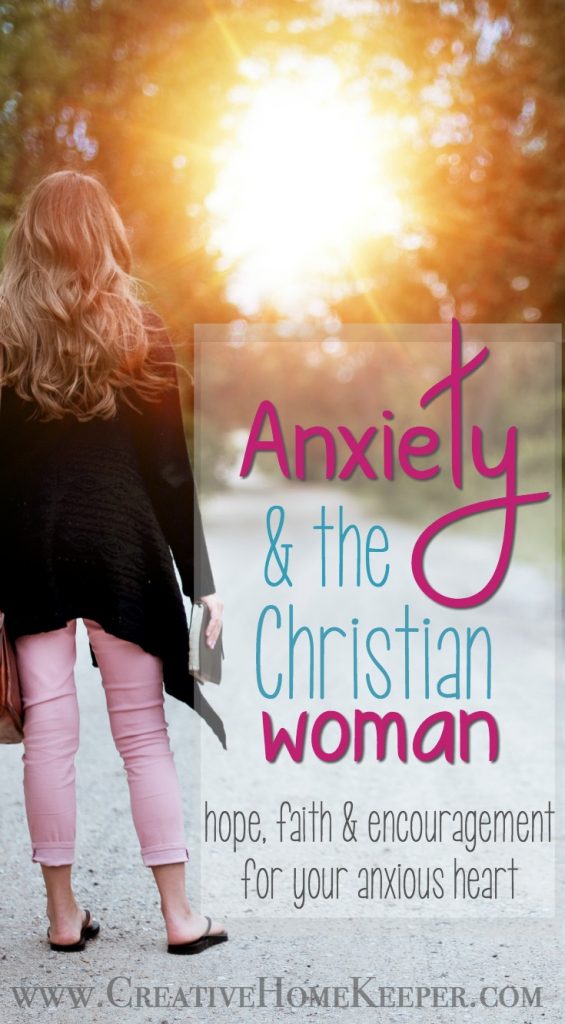 Tomorrow, I’ll continue my story including sharing three events that have happened in the last few years that were triggers that led to my breakdown almost a year ago.

Share29
Pin625
Tweet
Email
654 Shares
**Affiliate links may be used in this post meaning, at no additional cost to you, if you click through and make a purchase, I receive a commission. You can read my disclosure policy here. Thank you for supporting CHK!  We are a participant in the Amazon Services LLC Associates Program, an affiliate advertising program designed to provide a means for us to earn fees by linking to Amazon.com and affiliated sites.

Here at Creative Home Keeper, we believe homemaking is a good thing, it's a God-given gift, and it still matters today! We also believe there is freedom in the Gospel to become the homemaker God has created you to be…. Perfection not required! READ MORE HERE 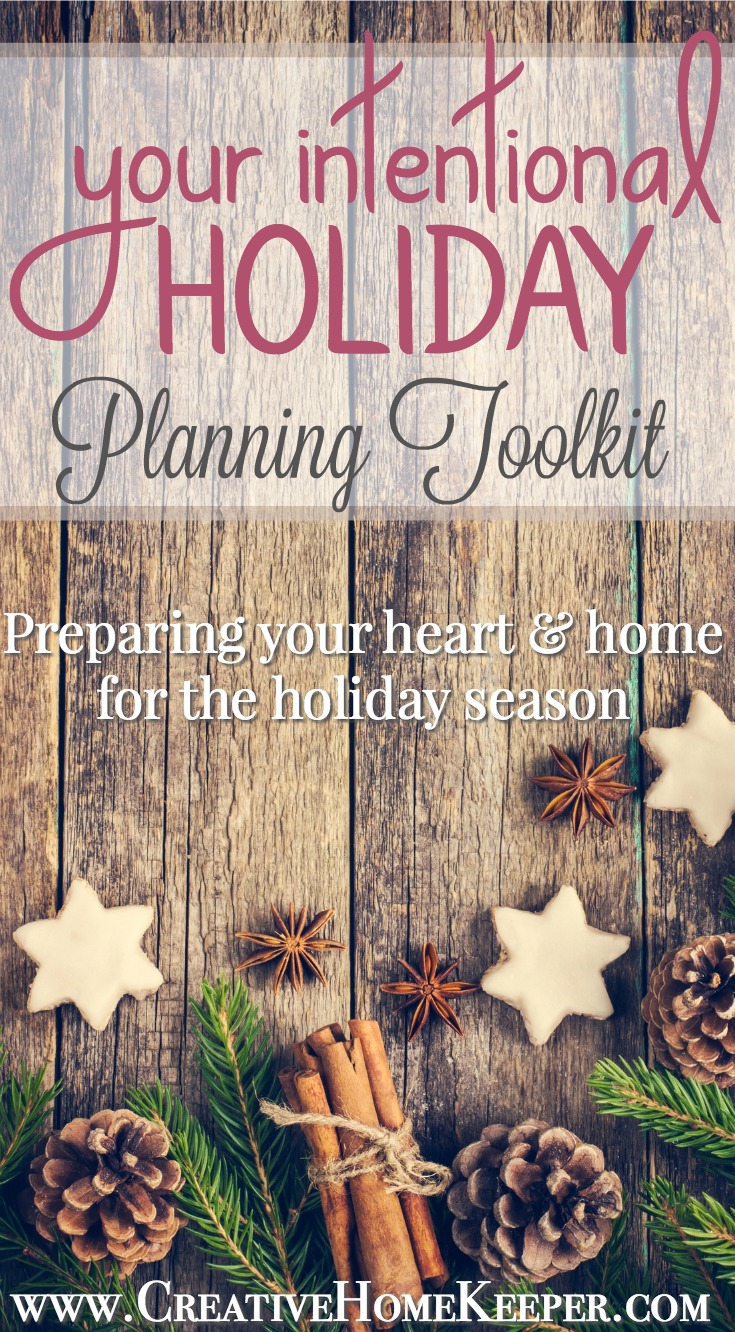 You can have a thoughtful, peaceful, joy-filled and intentional holiday season keeping your focus on what truly matters. Your Intentional Holiday Planning Toolkit is designed to help you navigate through the holiday season & beyond.

Stop Believing the Lies & Find Real Joy in Your Homemaking 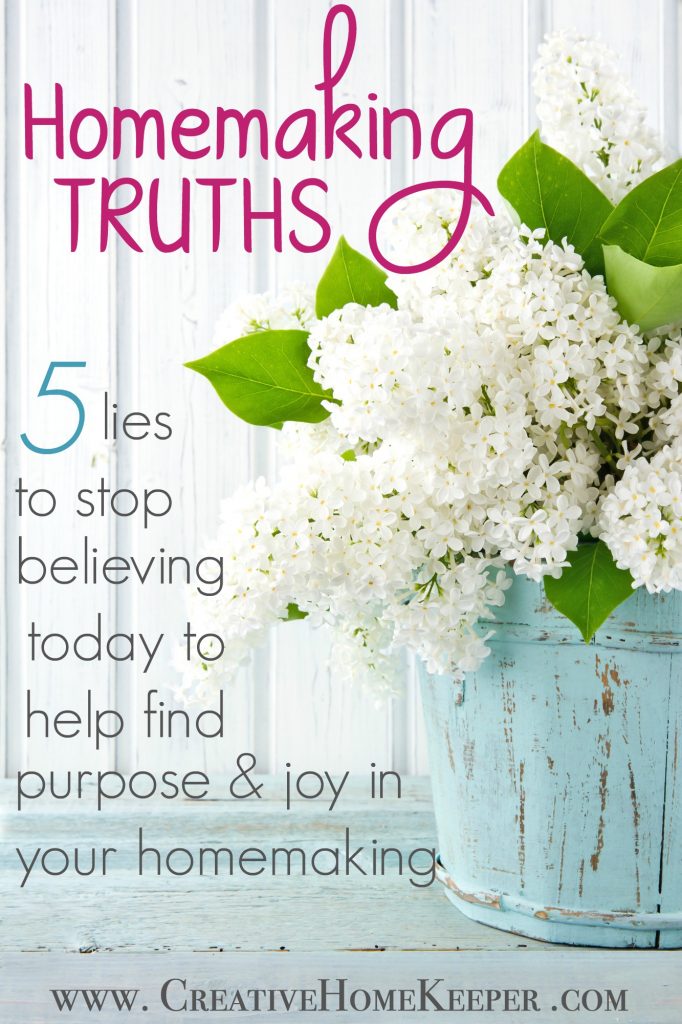 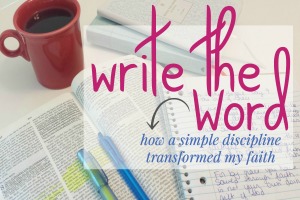 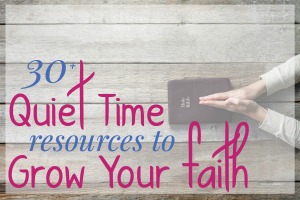 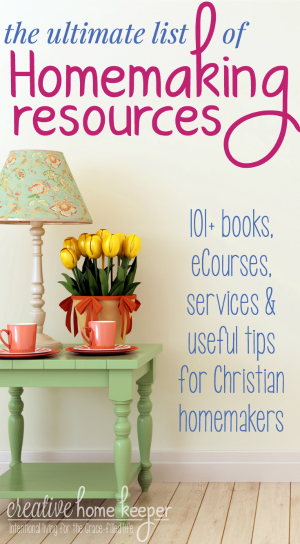 Ready to be more intentional and organized when it comes to meal planning? The CHK Seasonal Meal Planner is an all-in-one customizable seasonal meal planner to help plan meals while focusing on your family's traditions! Grab it HERE!

Please keep in mind that all images and text on this site are property of Creative Home Keeper and Victoria Osborn. Feel free to use one photo provided that a link back to my original post is included. Please do not remove any watermarks, crop, or edit any of my images without first obtaining written permission from me. All free printables offered are for personal use only. Pinning is always welcome and appreciated! Thank you! See the full copyright here.
ABOUT | DISCLOSURE POLICY | PRIVACY POLICY | CONTACT
This website uses cookies to ensure you get the best experience on our website.OkRead more